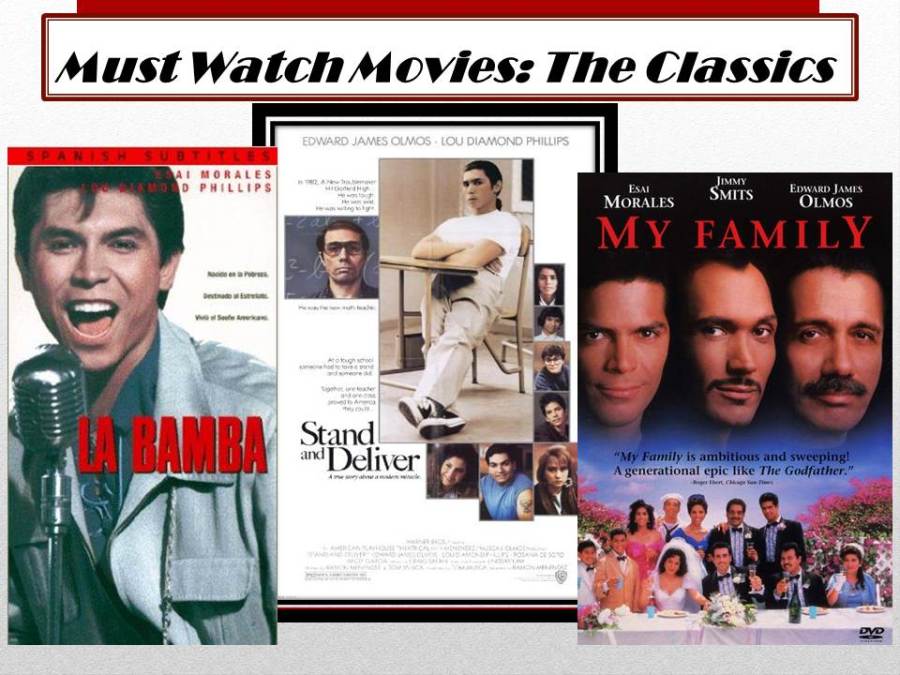 My intention for this blog post was not to be “political,” and I apologize for my moment of shocked outrage. We are in the midst of Hispanic Heritage Month, which was started in the 60s, to honor the achievements of those in the US of Hispanic decent.  I had a vision this week of writing a “Top XX List” for movies that celebrated the story of the US Latino. I even reached out on my personal Facebook page for recommendations.

As I was developing my list, I decided to include any Academy-Award nominated movies that celebrate the US Latino story. There are none. Not one!

Ironically, I got the idea for this blog while watching Viola Davis give an amazing speech after becoming the first African-American woman to win an Emmy for Best Actress in a Drama Series. I had tears running down my cheek as she eloquently said that “you can’t win an Emmy if the roles don’t exist.” This is true for all people, regardless of the color of their skin, their religion, or any of their differences.  However, in this case, it is especially true for US Latinos.

In a business centered in a city with a Spanish name, Hollywood has made gestures to foreign-born Latinos, including awarding Mexico’s Alejandro Inarritu with the Best Director award last year for Birdman. Yet, it seems that Hollywood has failed those in its own backyard.

I digress. Share this! Help me call Hollywood out!

Even without the awards, here is a list of powerful movies – both dramatic and funny – that represent US Latino culture and life. Movies that make me think of home and family, and illustrate both the best and the worst of growing up Latino in the US over the last century.

I challenge you to watch one of these movies over the next month. You can find them online if you can’t find them on TV – Amazon, Netflix, Hulu, etc. Help me show Hollywood that our actors are worth hiring, our stories are worth telling, and our culture is worth investing in.

The Must Watch Movies that Celebrate US Latino Life

I intentionally left numbers off this list.  They are all amazing, and I know there are so many that I’ve missed. Let me know your favorites and let people know on Facebook or Twitter when you’ve watched a movie! Remember #Latinofilmnow

2 thoughts on “The US Latino Story in Film: The Best and What’s Missing”