I am a recipe queen! I love to cook, bake, fry, etc. BUT I am not creative so I beg, borrow and steal recipes.

This week’s recipe is from a classic site – Pillsbury. I love their website because you can always find a quick, easy recipe with minimal ingredients.  Today, I needed to find a doughnut recipe in a hurry. I promised to bring doughnuts to my 1st grader’s holiday party with the plan of a Dunkin’ Donuts run. Then, in a last-minute check online, I realized that Dunkin’ Donuts isn’t always nut-free and we have some scary allergies in her class.

While slightly insane, I decided that rather than just try something different, I would make the doughnuts instead. Ironically, I had all the ingredients on hand so this took minimal effort. They were a hit – for the eaters and the chef!

I’m not going to write all the instructions for my Cinnamon-Sugar Doughnut Minis because Pillsbury already does a great job. Instead, I’ll give you the quick run-down.

This is a 4-ingredient recipe and it took all of 15 minutes to complete. More importantly, this is literally a 4-dish recipe (knife, spoon, pot, and cutting board) which means minimal clean up!

Ultimately, all you need is an oil of your choice, pizza dough, cinnamon, sugar, and a paper bag.  Yep! You read that right. A paper bag!!! 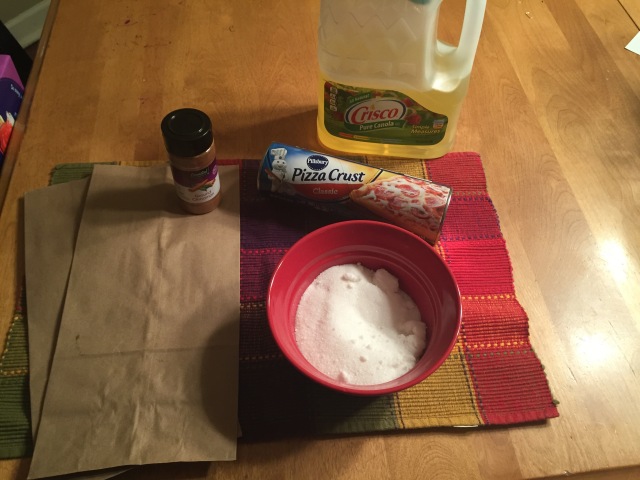 You pop open the roll of pizza dough, leaving it rolled up, and slice it twice – first in spirals and then in half.  You then take each chunk of dough and roll it into a ball. Your little munchkins (pun intended given my initial Dunkin’ Donuts plan) are phenomenal ball-rollers. 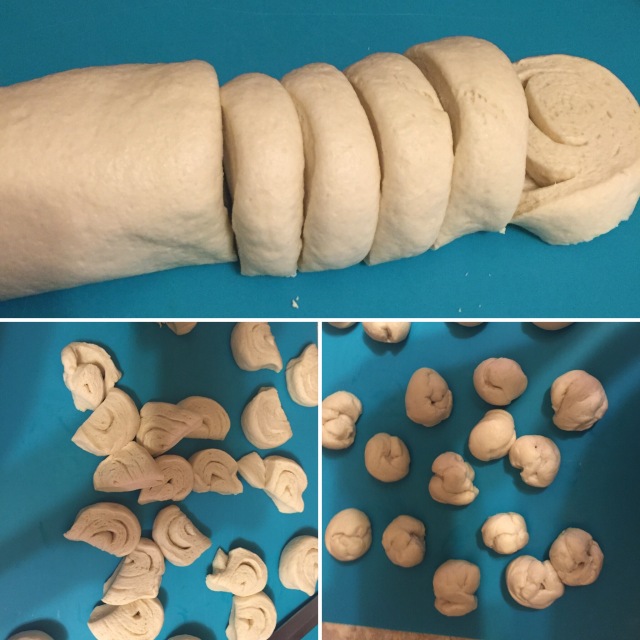 While you prep the dough, heat up your oil in the pan. After about five minutes, it should be hot enough to fry up some dough! Note – trust the recipe over me on this. While I’m a data geek by profession, I’m incredibly imprecise in the kitchen.

I GENTLY dropped the raw dough in the oil and then fried the doughnuts for about 90 seconds on each side.

While the dough is cooking, throw your sugar and cinnamon into a brown lunch bag. I used about 1/2 cup of sugar and 1 tablespoon of cinnamon. Let your little helper shake up the bag to mix it up well.

When the dough is cooked, use a slotted spoon to carefully transfer the doughnuts directly into the paper bag with the topping. Be careful! Clearly, it’s going to be a little hot.

That’s it! All there is to it. You ultimately coat the doughnuts in the bag so they are now ready to eat.  You can then be classy and put them on a serving dish, or take my route and eat them warm and straight from the greasy bag.

Either way, they are a pretty tasty breakfast choice that easily feeds four for under $5.

One thought on “Food for Thought: Pizza Doughnuts??? No! Really!”