Dads have a special place in our lives. They often are our superheros, many times not even knowing it.  I have had the opportunity to watch Fatherhood in all of its glory. I have seen the good, the bad, the funny and the sad. As parents, you are on a journey together for your child. Moms often set the course, but it’s Dads that seem to know how to navigate through the bumps in the road.

Fatherhood is not about perfection. Neither is motherhood. But Dads generally get the concept way earlier than moms do, and that helps right the ship and move us along the path. 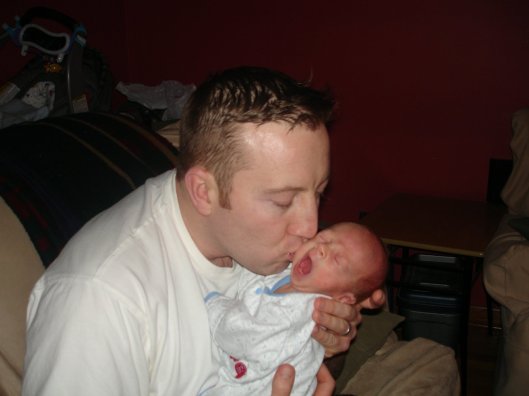 For my hubby and I, our path begin with a bit of excitement. Thanks to severe preeclampsia, my husband become a Dad a month earlier than he should have to a beautiful, red-haired 4lb baby boy and a very sick wife. Two weeks later, we were all finally home together and our journey “officially” began. Nine years later, we’ve transitioned to a family of five with three amazing, terrifying, overwhelming fantastic kids. We’re figuring it out as we go, but I am damn lucky to have him. 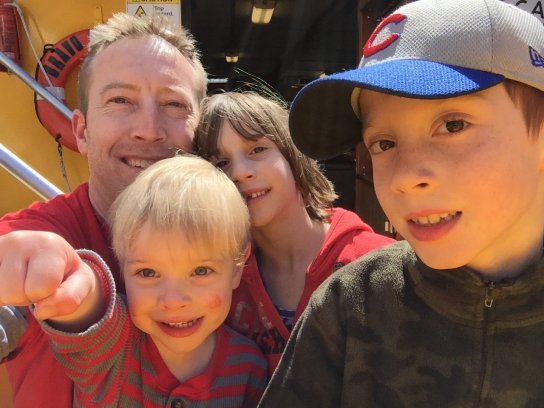 So here are a few quick observations on Fatherhood from a very appreciative Mom to her husband:

Dads are not perfect. No one is. But for our family, he works his butt off to be there for us. He tries even as he navigates through waters with one big adult personality and three small ones that he doesn’t always understand.

He is our comic. He is our heart. He is my rock. And in his own cheesy words, he is the Peanut Butter to my Jelly.

Dear hubby, thank you for you and for us. I will forever “Waste My Time With You.”

Happy Father’s Day to all the dads out there. You are loved! We are lucky.